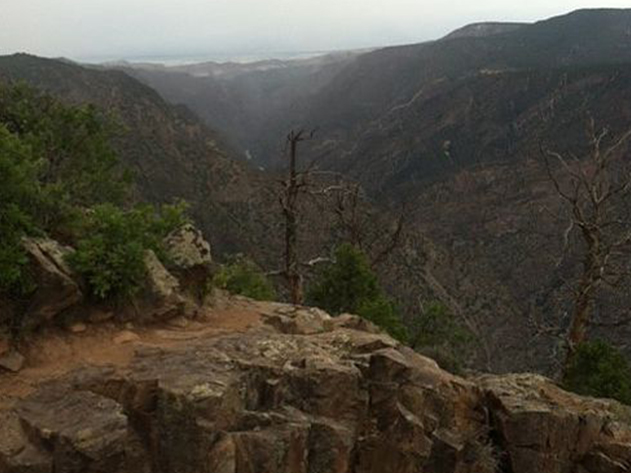 Here are three things that caught our eye this week:

This week we stumbled upon an older article on the Oddball Stocks blog which focused on the source of abnormal returns for value oriented investors. The author notes that in the absence of net nets (companies trading below net working capital, the pursuit of which made Ben Graham famous), most modern investors look to acquire all or a portion of quality businesses at reasonable prices with the hope that the business will leverage its competitive moat to compound at high rates over the long term.

However, the author then notes that there are many ordinary businesses that are able to generate high returns on capital despite their plain vanilla nature. From the article:

“There are plenty of ordinary businesses that earn abnormal returns as well. Why aren’t there competitors reducing the abnormal return down to an economic return? Consider an example, a bait and tackle shop on the only access road to a state park with a nice lake. The shop has no pricing power over suppliers, has a low barrier to entry, and doesn’t even require specialized skills. Yet the location of the shop, being the only one on a specific road allows it to charge a bit more and earn above average returns. The bait shop has a small niche, serving fishermen at the local state park, yet they don’t have any classic competitive advantages; there are many businesses like this.”

The main differentiator between a lake-side tackle business and a serious competitive moat business (think Coke, Gieco, or any other long-time Berkshire Hathaway holding) is scalability. The chance that the tackle shop finds quality growth investment opportunities is extremely low. This means it has limited ability to expand its franchise over time and thus, viewed in isolation, it has limited appeal to a traditional investor base.

Our perspective is different. A business in an overlooked niche that generates consistent cash flow above reinvestment requirements looks to us more like a valuable source of investment capital, so long as we are willing to take a portfolio perspective and pursue reinvestment opportunities outside the original company’s scope of business. The fact that such opportunities seem to be available at a discount to market multiples is simply an additional bonus.

As the author mentioned in the article, “you’ll never wow anyone at a party announcing you own shares of a tiny plastics manufacturer, or a family held leather boot company,” but we believe a portfolio of such businesses, prudent management, and patience could combine over time to be something worth talking about.

As a leadership team, we’re always looking for ways to enhance group productivity. To that end, we were recently introduced to the concept of “Factor C,” or “Collective IQ.” This emerging area of research, led by the MIT Center for Collective Intelligence, has been examining whether a kind of “collective intelligence” exists for groups of people, as opposed to traditional intelligence measures, which are only applicable to individuals. The MIT researchers have found “emerging evidence of a general collective intelligence factor that explains a group’s performance on a wide variety of tasks.”

In layman’s terms, Harvard Business Review explains the implications of this research in a real-life situation:

“In sports, some people are famous for ‘making other players better.’ Magic Johnson, the great basketball player and winner of five National Basketball Association championships, was not merely a terrific scorer, passer, and rebounder; he also transformed his teammates, some ordinary players, into stars. Early in his career, Michael Jordan was known to be great, maybe even the greatest of the great, but his teams just didn’t win. People wondered whether he could ever win a championship, because he ‘wasn’t a team player.’

In business, some people are thought to be like the young Michael Jordan — individual superstars who, apart from their own skills, don’t add much to team efforts. But there are others, like Magic Johnson, who are widely thought to make their teammates better. Is it possible to say something about what kind of person raises the performance of an entire group or team? Not something impressionistic, intuitive, and anecdotal, but something that is actually based on evidence? Intriguing answers are starting to emerge, and they involve something called ‘Factor C.’”

The MIT group found that “Factor C” consists of three individual measures. As explained by HBR:

“First, the average of members’ scores on a test of social perception predicted higher performance by the teams…a second factor was unevenness of participation, or the tendency of a few members to dominate discussion. The more a few members dominated the discussion, the worse the team performed. Finally, the number of women on the team positively predicted performance. There was a direct relationship between percentage of women members and performance. This was not simply a ‘diversity factor’; rather the more women, the better the performance. (Women are also consistently better than men at a variety of social perception and social judgment tests).

Perhaps the most striking conclusion is that the Factor C measure – the three measures together — was more predictive of team performance than conventional measures of intelligence. Average IQ and highest IQ were not correlated with team performance nearly as highly as Factor C.”

As we learned playing youth and collegiate sports, a group of superstars doesn’t necessarily win against a cohesive team that can empathize, cooperate, and coordinate. We are encouraged to learn this principle applies off the playing field as well.

For those interested in testing their “Factor C” skills, you can take a popular social perception test here: http://well.blogs.nytimes.com/2013/10/03/well-quiz-the-mind-behind-the-eyes/

For the past 15 years, Edelman, a leading public relations firm, has tracked the “state of trust” the general population has in business, government, media and NGO’s. As business owners and investors, trust matters because it directly impacts behavior – people will buy products or services from, pay more for, provide recommendations for, and invest in, trusted companies.

However, the 2015 Edelman Trust Barometer study, released this week, brought to light some concerning trends, reporting an “evaporation of trust across all institutions…for the first time, two-thirds of the 27 nations we survey fall into the ‘distruster’ category.”

This general mistrust has hit business particularly hard. The report states that “for the first time since the end of the Great Recession, trust in business faltered, signaling the finale of an era of recovery for business. Marked by declines in trust in the once impenetrable technology industry, trust levels in business decreased in 16 of 27 countries. The majority of countries now sit below 50 percent with regard to trust in business.”

Why is trust falling? Apart from the drumbeat of negative global news (ISIS, Ebola, cyber-data breaches, Russia/Ukraine conflict, Eurozone meltdown, etc.), Edelman points to a surprising source of mistrust: the rapid implementation of new technologies. From the report:

“The 2015 Trust Barometer has uncovered a profound concern about the pace of change. By a two-to-one margin, respondents in all nations feel the new developments in business are going too fast and there is not adequate testing. Even worse, 54 percent say business growth or greed/money are the real impetuses behind innovation – that’s two times more than those who say businesses innovate because of a desire to make the world a better place or improve people’s lives.”

Edelman points to a key conflict between business and the general population, noting that “business sees innovation as imperative to competitiveness but fails to grasp the underlying problem of resistance based on fear of the unknown. The source of anxiety in this new age of disruption is lack of understanding.”

For the financier and economist inside of us, Edelman’s results seem almost implausible – how could innovation possibly be seen as negative? “Innovate or Die” is the Darwinian mantra behind most business advice! While we’re not ready to dispel all of the positive characteristics associated with innovation, Edelman’s survey is a great reminder that as business leaders, we must pause to have empathy for how our actions are perceived by others, and that trust is earned, not given. 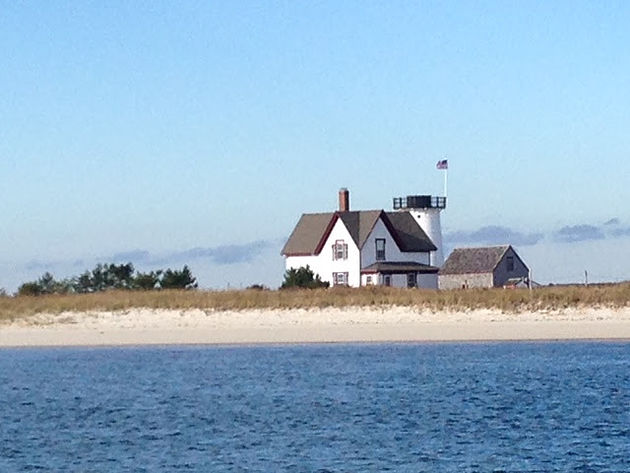 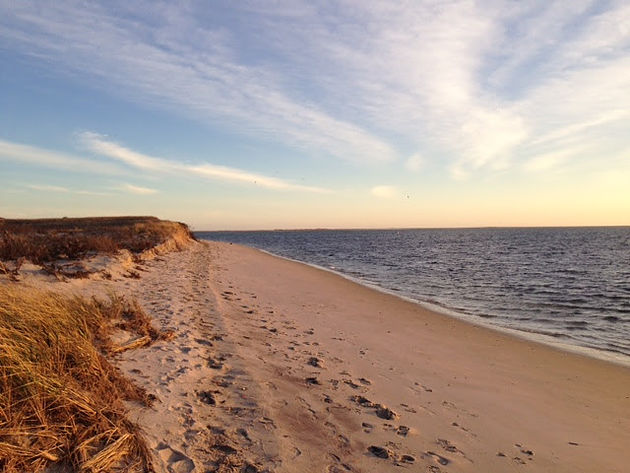 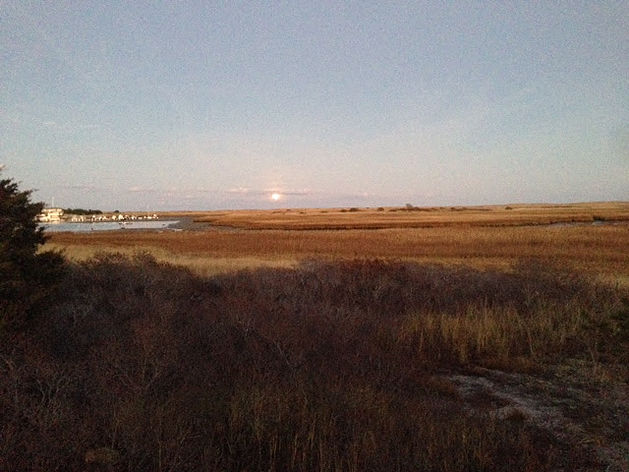